ABOUT PORT OF SKELLEFTEÅ

About Port of Skellefteå

Port of Skellefteå has short seals and good connections with both the E4 and the main road. At Port of Skellefteå there are good storage facilities and modern equipment. Among other things, modern low-pressure cranes with good capacity.

Port of Skellefteå manages the infrastructure in the various ports, including areas and magazines. Close cooperation exists with ShoreLink Terminal, which is a utility company in the port.

The harbor works closely with the various customers in the port area. Kuusakoski is the largest tenant who leases a surface of 60000 sqm in the harbor’s southeastern corner. Skellefteå Kraft leases an area for its pellets magazine. In the oil port in the northern port, Wibax and Almer house oil, which stores and sells chemicals and petroleum products.

At Port of Skellefteå there is also a terminal for all goods that come by rail to Skellefteå. It also loads container by rail for passenger transport throughout the world.

In the port it is easy to load directly from all modes of transportation to others without problems.

At Port of Skellefteå, sawn timber is loaded to all corners of the world, such as England and Algeria with several countries. We unload energy goods as well as inputs.

Port of Skellefteå also owns the Baus tug and the work boat Stig. The harbor also leases warehouses and parts of the warehouse to a number of customers.

Ownership
Port of Skellefteå is owned by Skellefteå Municipality and is run as a unit in the community building area.

Here you will find information about ongoing and upcoming projects at Port of Skellefteå. Do you have questions or want to know more, do not hesitate to contact us. Contact details here. 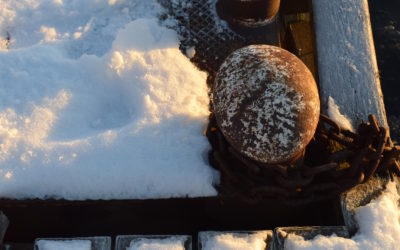 Skellefteå hamn has earlier found that the lack of storage space and the draughtsituation in the present portarea is to ...
Läs mer 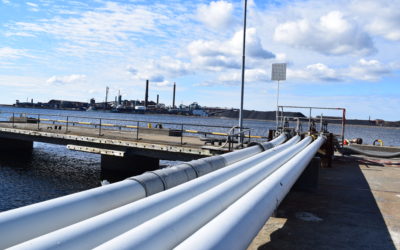 A new track for deliveries to and from the oil terminals is planned to be constructed. This will make it ...
Läs mer 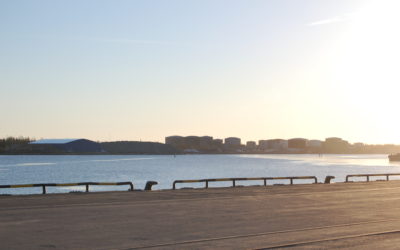 Port of Skellefteå has today a shortage of storage areas for heavy cargo in the south port. Kallholmsplanen was created ...
Läs mer

Here you will find Port of Skellefteå and the tugboat Baus Facebook page. 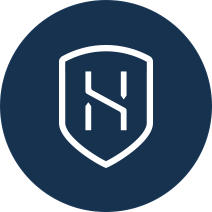 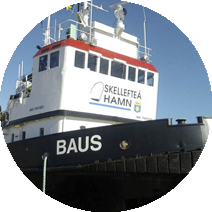 The tugboat Baus entered our business in 2012. The tugboat is modified and upgraded to fit Port of Skellefteås needs, which differs from the ship’s previous service.